0
By John Stocki Posted on December 9, 2016 in Marketing, Strategy

It’s no secret that content marketing has been all the rage the past few years. A quick search in Google Trends shows us just how popular it has become.

The core concept is to publish valuable content that showcases your expertise – building brand awareness and potentially driving in leads. Everything from infographics and blog posts to animated videos and whitepapers are fair game. And, as you would imagine, as content marketing has become a go-to marketing practice, the amount of content consumers are bombarded with everyday has increased exponentially. Which brings us to today’s lesson – content vs. context. 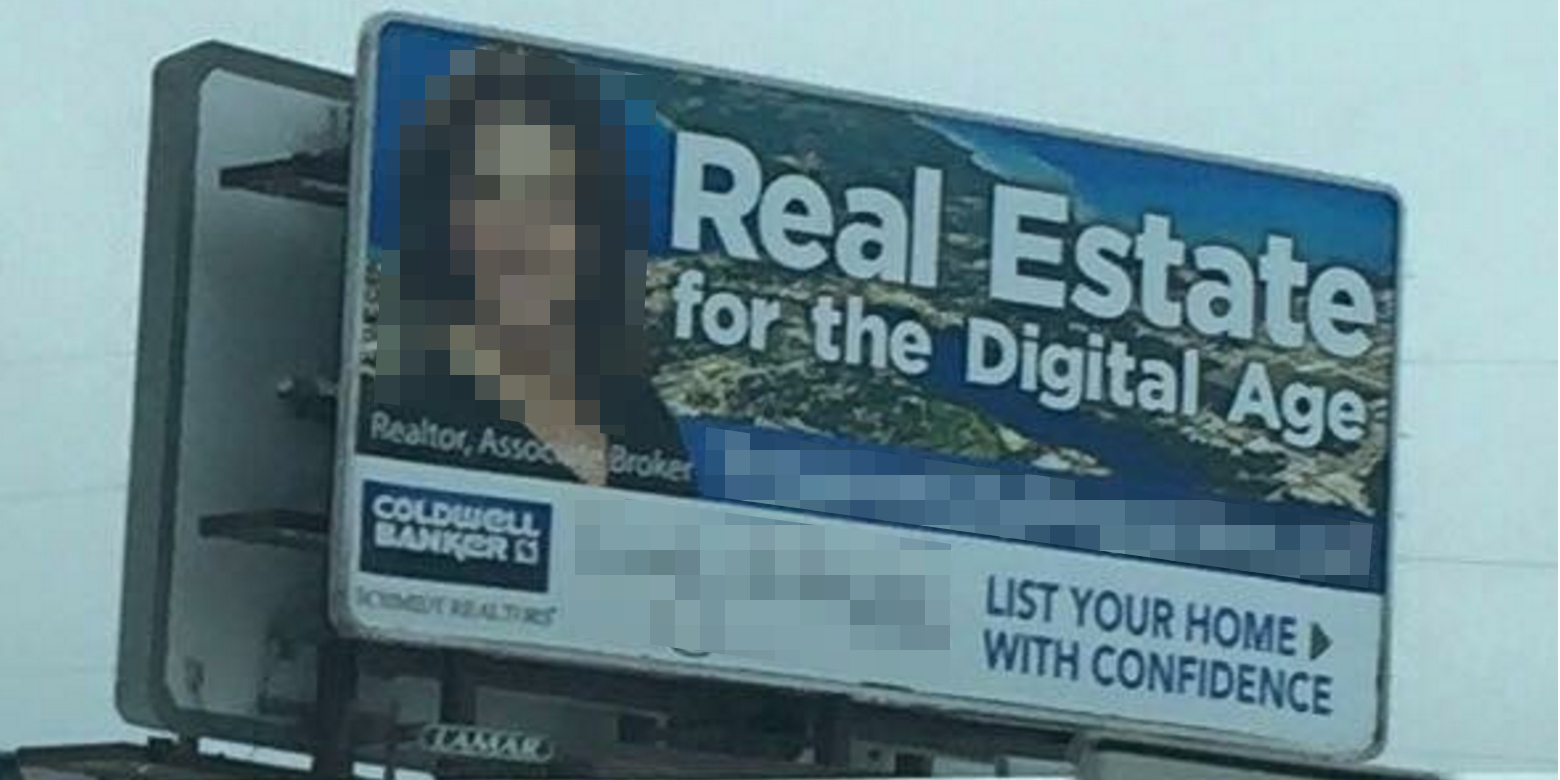 Here’s a billboard I snapped a photo of recently. Aesthetically I’ve seen much worse. But let’s discuss the context with which it’s being presented – on the highway. Think about that, an ad pushing their digital prowess presented on an analog medium.

Here’s another example of something we see time and time again happening on social media platforms.

Here a fairly prominent influencer (60k+ followers) shared an image directly from Instagram to his Twitter channel. But…Twitter shut off the functionality that actually populates Instagram images in the feed years ago. He lost the opportunity to grab someone’s attention because he didn’t think about the context with which his content was going to be presented. You’ve probably seen something like this happen when a Facebook status is shared directly to Twitter as well. The status is cutoff and the tweet reads poorly because of it.

The point is, to be effective we must spend time thinking about how we’re presenting something, not just what we’re presenting. Otherwise, our content marketing efforts are bound to fail.

Here’s an example of someone who realized the issue with sharing a direct link from Instagram to Twitter. 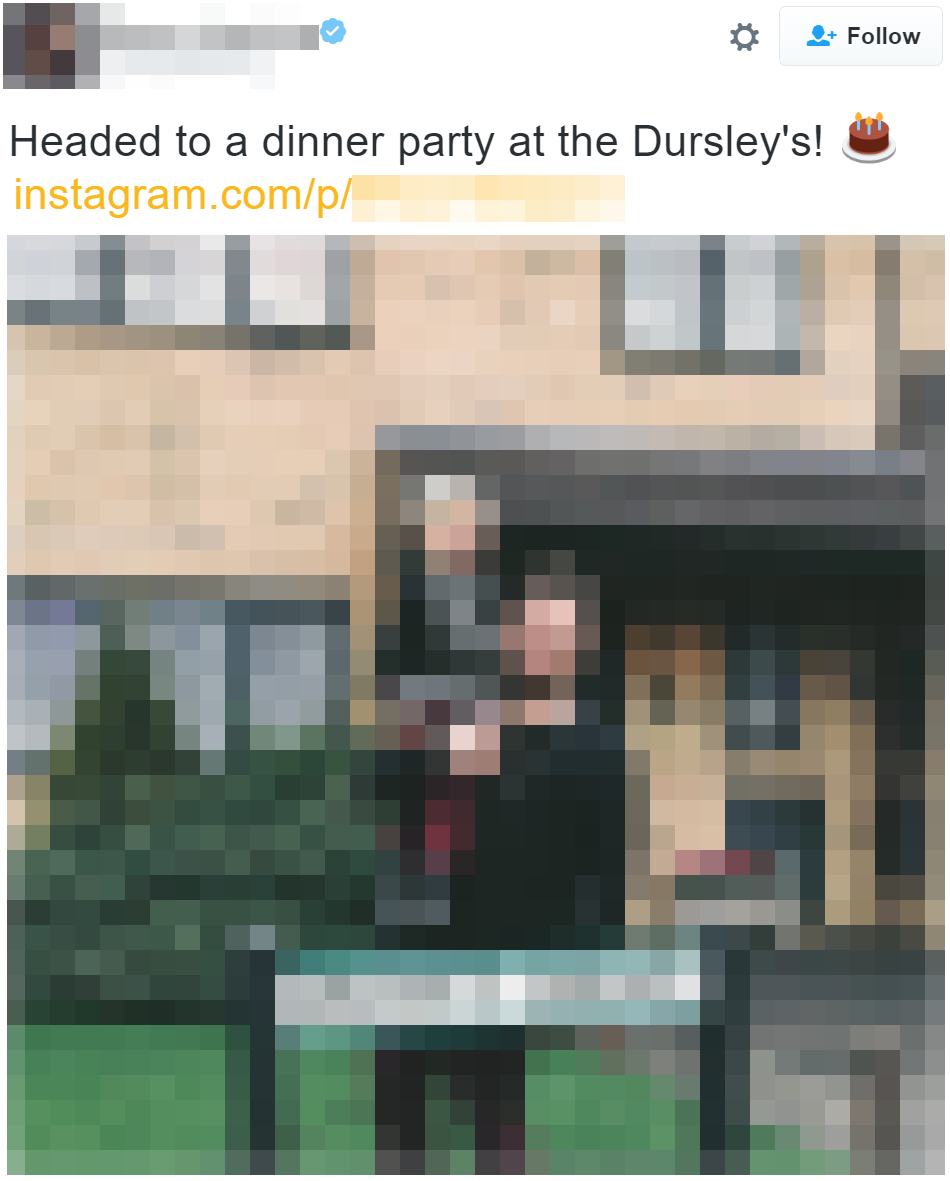 By uploading the image in the native Twitter app, their tweet stands out in the feed. And they’ve still included the link to their Instagram page to drive people who are interested there. But effective content marketing isn’t just about understanding the nuances of social platforms. It matters offline as well!

Arby’s is a major brand that has absolutely nailed content marketing context! They’ve done a fantastic job of keeping the consumer in mind in their television spots over the past few years. Here’s a recent ad.

They’ve kept it simple – a white background and the one of their sandwiches. Many cable and satellite subscribers have a DVR so they can pause/ rewind live TV and record their favorite programs. Unsurprisingly, many people also use the technology to fast forward through commercials. Arbys, and/or their ad agency, kept that in mind when designing their recent ads. They took a minimalist approach, using white background and focused solely on their sandwich for the duration of the commercial.

If I’ve got the television muted because I’m talking to someone in the room, I still know what’s going on based on the visuals alone. Flip that, and if I’m doing dishes with the TV on the in background, I’ve got that iconic voice helping me visualize what’s going on. They’ve nailed the way they present the ad because they’ve considered all of the things consumers could be doing when it is presented. Regardless of whether someone is actually paying attention to the TV, an impression is still being made. That is putting context on an even playing field with content!

The brands that realize that they need to deliver the right content, to the right people at the right point in time are the ones succeeding now. They’re crafting their content around the context they plan to present it in, not shoehorning it in. The more you keep this in mind the more successful you will be. I can guarantee that!

If you have any examples of marketing that was presented poorly or extremely well, I would love to hear from you. Send me an email at John@StockiExchange.com or connect with me on my website here.

5 Ways Wineries Can CRUSH The Competition

0
By John Stocki Posted on August 3, 2016 in Marketing, Strategy, Winery

According to the 2016 Direct to Consumer Wine (DtC) Shipping Report, prepared by Ship Compliant and Wine & Vines  “…Millennial wine drinkers are beginning to replace Baby Boomers, and the smaller Generation X is poised to drive DtC sales over the next 5 to 10 years. These generations have very different tastes when it comes to wine and it’s important to understand their preferences and what that means for your business.”

L2, a member-based business intelligence firm that benchmarks the digital performance of brands seems to think that Twitter’s recent move of installing the same man who could not revive Twitter as the chairman and CEO as part-time CEO is a terrible move. (more…)

Instagram has finally opened up their API to third party services by announcing their Hootsuite integration for management services & scheduling of posts! (more…)

2
By John Stocki Posted on May 5, 2015 in Hotels, Marketing, Social Media, Video Posts

In this episode of the #StockiExchange I give you a few  tips & tricks for Online Reputation Management for Hotels & Restaurants [Tweet “NEVER offer compensation, monetary or not, online in an open forum review site. “] (more…)