Entrepreneur and Hospitality Consultant, John Stocki, has been hired as a Travel Expert and Segment Producer for a new luxury hotel TV show, Great Escapes. Stocki will be traveling the globe visiting unique and luxurious hotels to be featured on the internationally distributed show scheduled to begin airing in Fall of 2017.

Great Escapes is a 30-minute 39-episode television series created and produced by Bellum Entertainment. Based in Los Angeles, CA, Bellum Entertainment is known for producing other award-winning shows that include Corrupt Crimes, Animals Unleashed, Justice Served: Murderous Affairs, Fix It & Finish It, and many others. Together with Bellum Entertainment’s Co-Executive Producer Chris Loud and Producer Morgan Burke-Beyers, who are both Michigan natives, John will be filming and producing the remaining episodes from remote locations around the world with final editing and production being completed in Los Angeles, CA.

Great Escapes has been acquired by Sky Vision, the international distribution division of SKY, and is being distributed domestically by Bellum’s dedicated sales team. The show will be broadcast to ~75% of major city markets throughout Europe, Asia, and the United States on multiple platforms. Agreements have already been accepted for the show to broadcast on Video On Demand services including Hulu, Amazon Video, and Roku starting in 2019. A conservative estimate of global viewership is at 2 million+ and the show will be broadcast internationally for over 10 years. 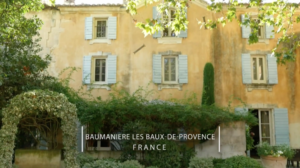 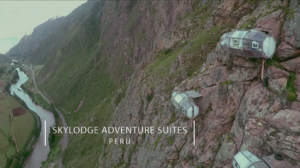 John is ready to travel and expose some hotels and destinations throughout the world that are truly Great Escapes. Follow the development of the show and John’s travels via the Great Escapes Facebook Page, YouTube Channel, and Website.

Are you or do you know someone who would be interested in receiving additional information regarding sponsorship/product placement opportunities? Send an email to john@stockiexchange.com and download a PDF show brief. (Updated June 2, 2017)

Born and educated in the United States, John Stocki launched his career on a global scale working in Australia, United Arab Emirates, China, and the US, as well as traveling and training in over 30 countries and 29 states throughout the US. His passion was developed in the hospitality industry where he worked with international luxury hotel brands in marketing, public relations, and eCommerce roles. He brings a straightforward approach, laced with direct personal experience, to his special and unique style which makes his company – Stocki Exchange – so distinctive.

In 2012, after returning to the US, John started the Stocki Exchange – A hospitality consulting firm for hotels & resorts, restaurants, breweries, and bars. He now acts as the company’s CEO and is also a successful Keynote Speaker for topics including travel, and hospitality sales & marketing. John is also a Consulting Partner with Mocinno International, a global hospitality management company with offices in Copenhagen, Stockholm, Palma, Dubai, London, Amsterdam, and Michigan.

He is a Contributor for The Huffington Post, Startup Grind, and Hostfully. During his travels for the filming of Great Escapes, John will be writing destination travel features, posting reviews of his experiences at hotels, as well as sharing his travels on all his social media accounts. Interested in having your brand or product included in a destination feature? Email John.